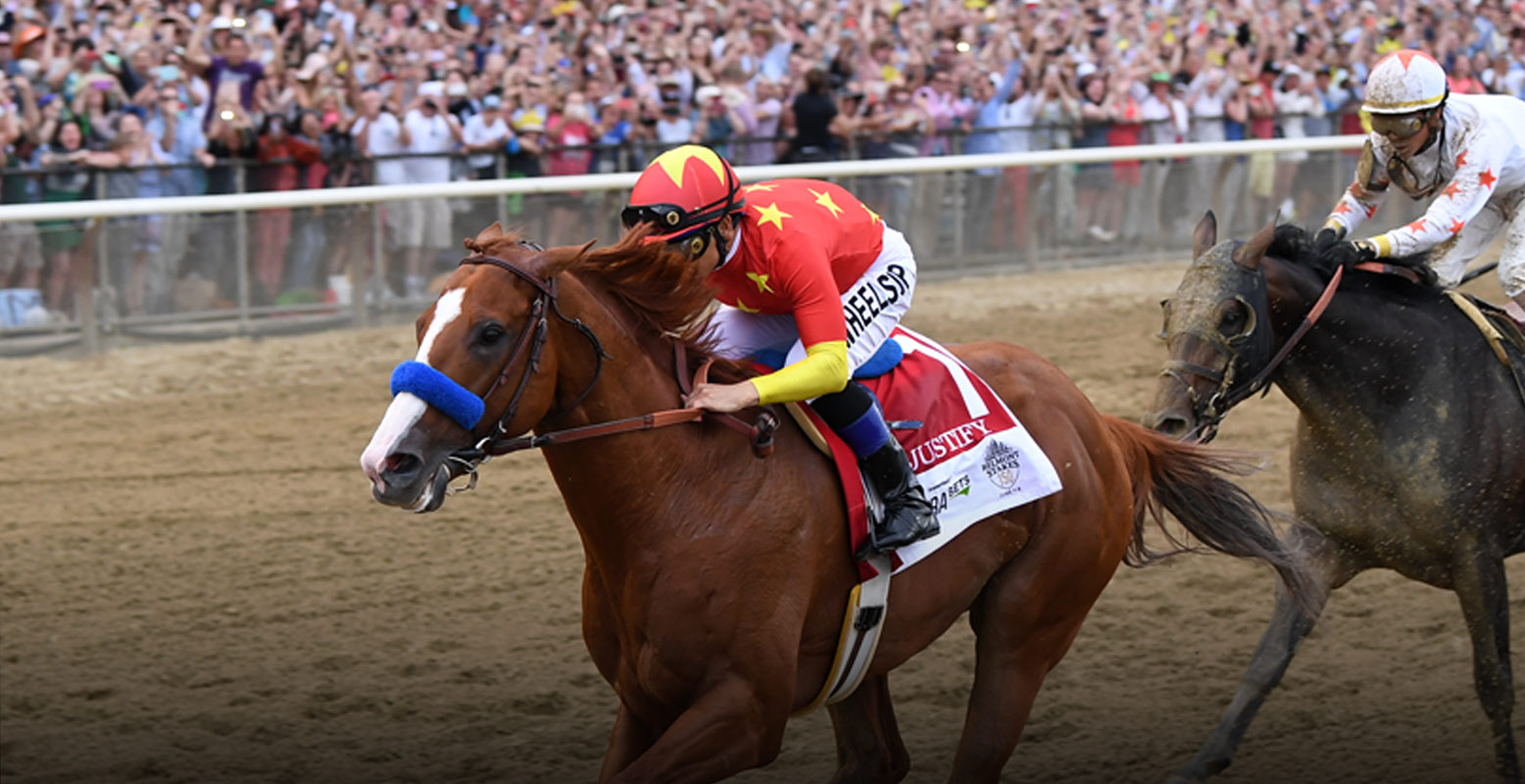 The victory over Belmont Park's sweeping 1 ½-mile oval was the sixth straight for Justify, who joined Seattle Slew - also a wire-to-wire Belmont winner in 1977 - as the only undefeated winners of the Triple Crown. All six of the rangy chestnut colt's wins have come in 2018, beginning with a maiden victory on February 18 at Santa Anita Park and culminating just shy of 16 weeks later in the Belmont.

Along with the Belmont Stakes Racing Festival, the second “must-see” event of Belmont’s spring/summer meet will be the fourth edition of the Star & Stripes Racing Festival on July 7, a spectacular day of racing featuring elite competitors from around the world, highlighted by the Grade 1, $1.2 million Belmont Derby Invitational and the Grade 1, $1 million Belmont Oaks Invitational, both at 1 1/4 miles on the turf.

For more than a century, Belmont has been the stage for many of racing’s greatest legends, showcasing legends such as Man o’ War, Curlin, Beldame, Rachel Alexandra, Seabiscuit, Cigar and many others. It began in 1902, when a syndicate headed by August Belmont II and former Secretary of the Navy William C. Whitney sought land on Long Island to build the most elaborate track in America, one modeled after the great race courses of Europe. They found what they were looking for on the border of Queens County and Nassau County. Originally known as Foster’s Meadow, the 650 acres of land included a turreted Tudor-Gothic mansion owned by William de Forest Manice, which was to serve as the track’s Turf and Field Club until 1956.

The grand opening of Belmont Park on May 4, 1905, attracted more than 40,000 fans who witnessed August Belmont II’s Blandy, at 7-1, hold off 100-1 shot Oliver Cromwell in the $1,500 Belmont Inaugural. Later, James R. Keane’s Sysonby, who would be ranked No. 30 on the Blood-Horse Magazine’s top 100 horses of the 20th century, made his 3-year-old debut against the super filly Beldame, another of Belmont’s charges. In the stretch, Sysonby got unexpected competition from 20-1 Race King, and the two hit the wire in a dead heat.

Closed in 1963 due to structural defects, Belmont Park was rebuilt and re-opened in 1968. Since 2012, numerous improvements have been made to enhance the guest experience while preserving its historic architectural elements, including the installation of hundreds of HD televisions across the property and new video display boards in the Paddock, installing Trakus technology for horseplayers and enhancing and expanding the Belmont Cafe and the Top of the Stretch picnic area. In 2015, $5 million in improvements were made to the transit rotunda on the west end of the Grandstand, as well as new rail station platforms, which increased the Belmont Station train capacity to 10 cars and improved egress from the track on major racing days.