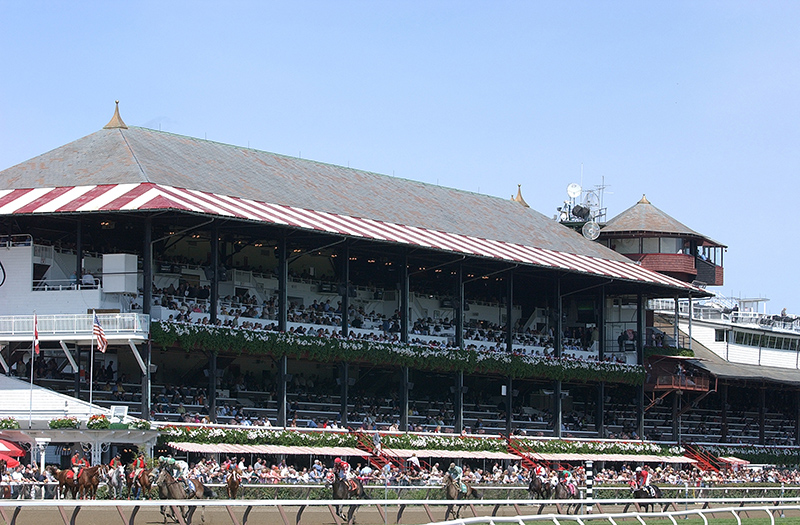 Already famous for its mineral baths, Saratoga held its first thoroughbred meet just a month after the Battle of Gettysburg. Staged by gambler, casino owner, ex-boxing champion and future Congressman John “Old Smoke” Morrissey and beginning on August 3, 1863, the four-day meet drew thousands of locals and tourists who saw Lizzie W. defeat Captain Moore in the best-of-three series of races.

Emboldened by the success of that first meet, Morrissey promptly enlisted his friends John R. Hunter, William Travers and Leonard Jerome to form the Saratoga Association. Its first responsibility was the construction of a new, permanent grandstand on the current site of Saratoga Race Course. Across the street, the “old course” became the barn area known as Horse Haven, with the vestiges of the original track still encircling the stables.

While the summer meet routinely drew weekday crowds of more than 10,000 during the 1950’s, there was concern that the Greater New York Association, formed in 1955, would run a concurrent meet downstate. In April, 1957, Gov. Averill Harriman signed into law a bill that prohibited a simultaneous downstate meet and also guaranteed a minimum of 24 days of racing at the Spa. In 1963, the construction of the Northway improved automotive access to the track from the New York State Thruway in Albany.

Named one of the world’s great sporting venues by Sports Illustrated, the past comes alive every summer in the historic grandstand as guests experience not only the best in thoroughbred racing, but the unmatched ambience and charm of Saratoga Springs.

Although some may quibble with the order, it’s no wonder that Saratoga’s motto is “Health, history, and horses.”