From Upstate and Canada
Northway (I-87) to Exit 14 to Saratoga Springs.

From Vermont and New Hampshire:
Route 40 to Schuyerville and Route 29 to Saratoga Springs.

Amtrak provides service to Saratoga Springs. For a list of departure cities, prices and reservations, call 1-800-USA-RAIL or click here. 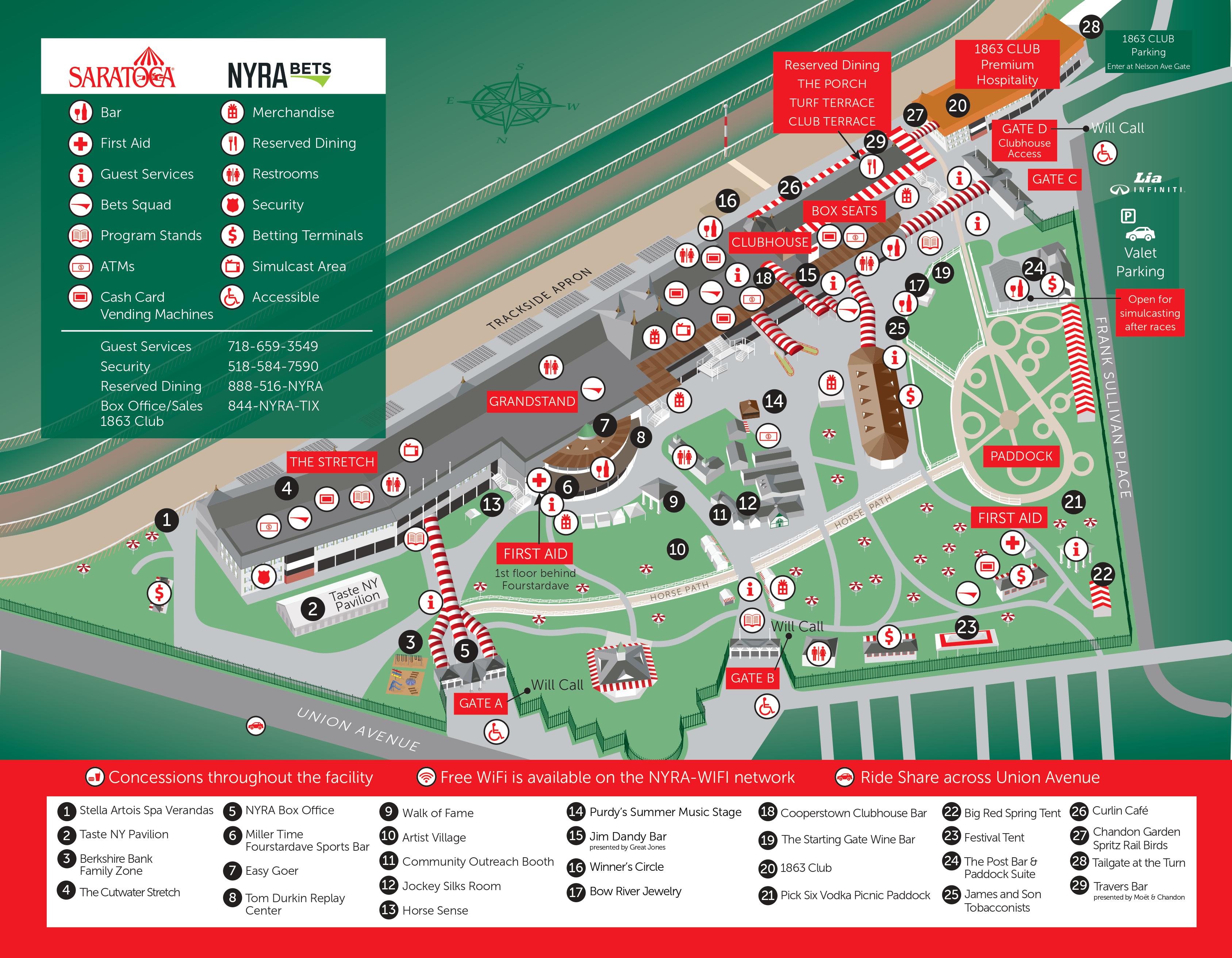